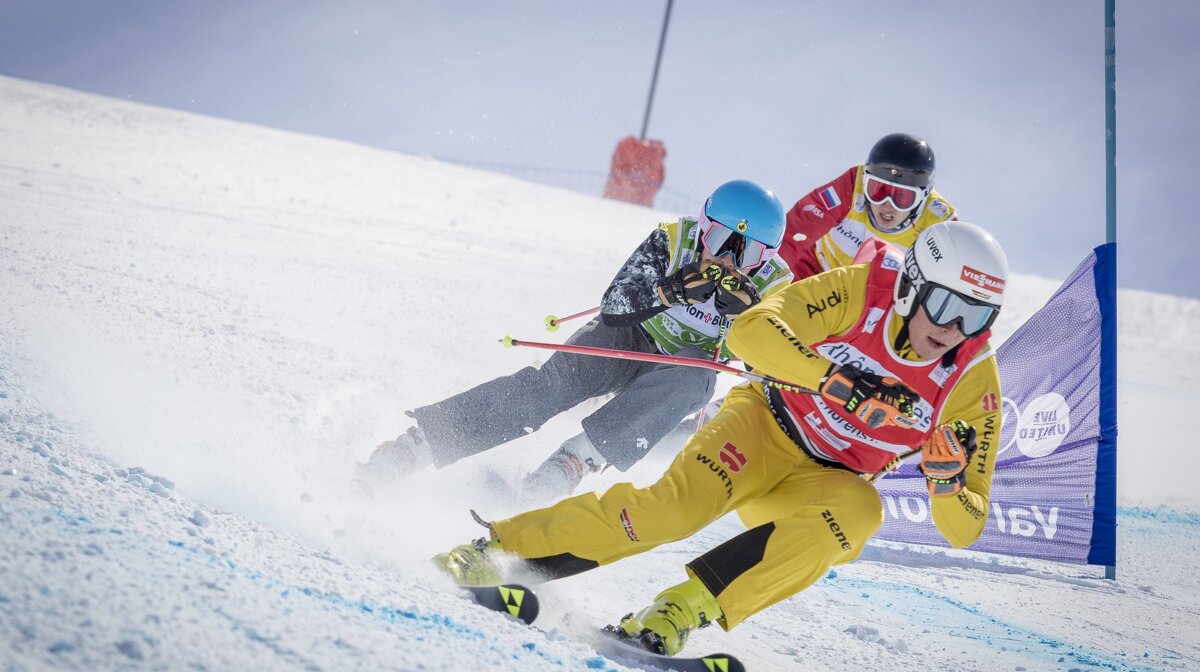 Skiers compete simultaneously in groups of four and hurtle down the specially prepared track as quickly as possible. Only the first two of each run are qualified for the next stage until the grand finale.

Qualifications take place on the first day for men's and women's competitions. The semi-finals and finals take place on the last day as some of the biggest names in the sport compete for the title.
Ski Cross has now reached Olympic status which promises a bright future for this spectacular discipline.  Many alpine skiers now go for Ski Cross to find beyond a technical ski, a direct confrontation in a Freestyle culture.

Free to watch and a great spectator sport.

Dates for this event