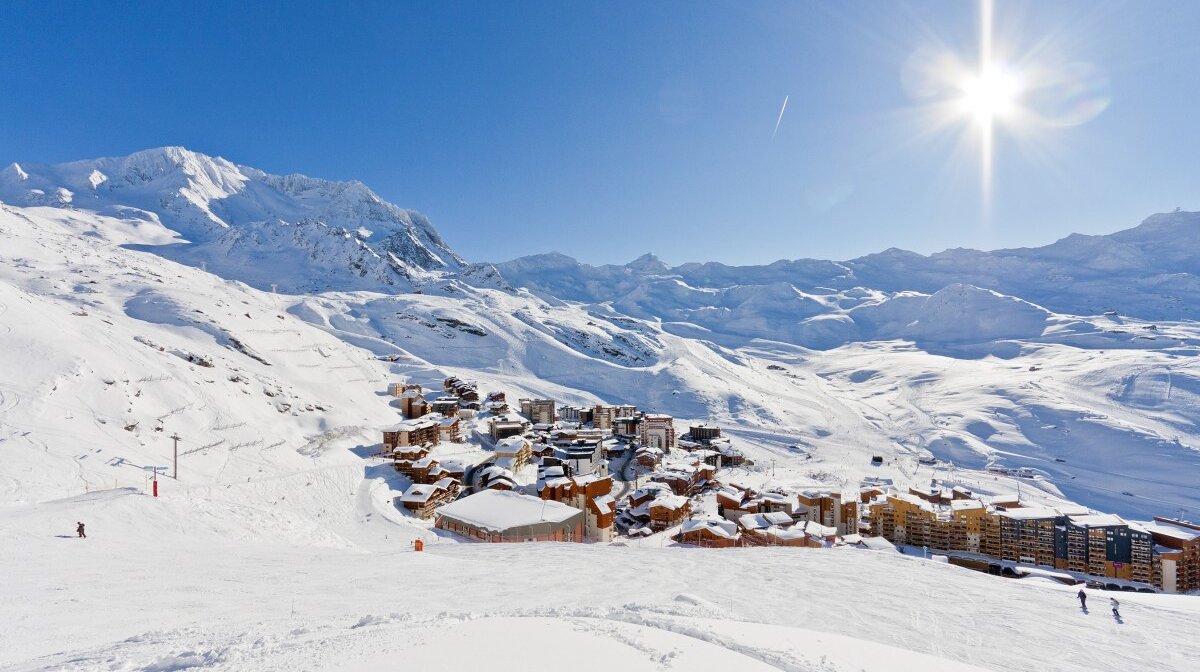 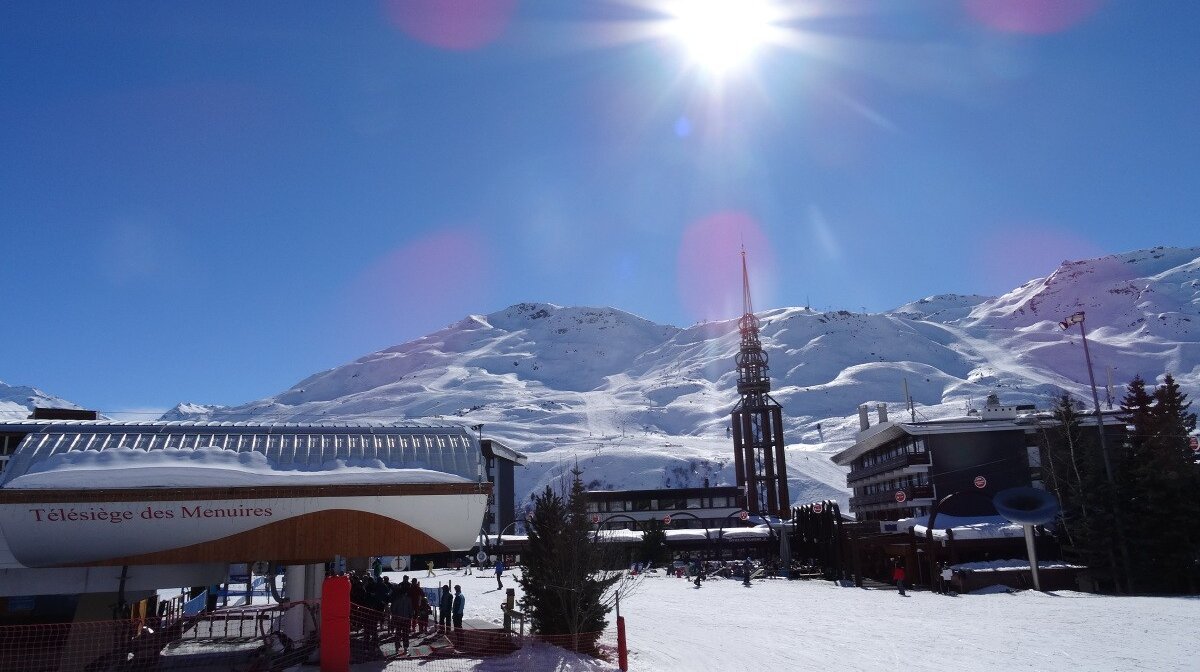 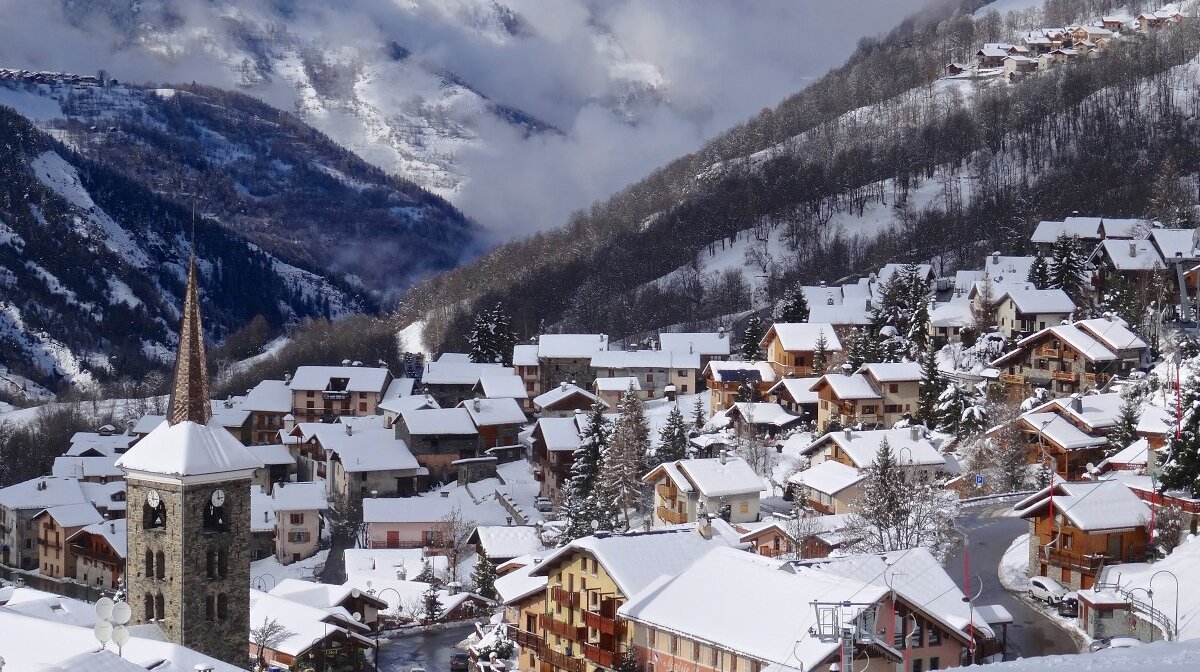 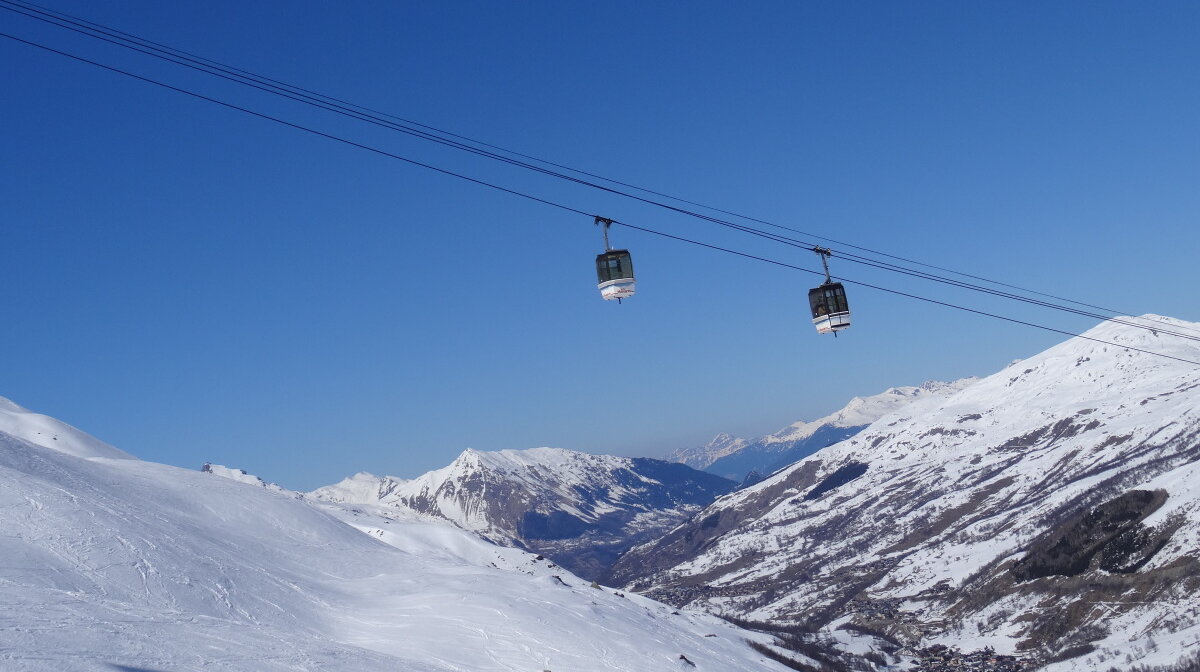 a ski resort in sunny weather

a village in the belleville valley in winter

Winter is almost here and there are going to be plenty of new things in St Martin, Les Menuires & Val Thorens this season to keep you entertained.

Brace yourselves.. there's a lot going on!

Val Thorens is getting all technical this winter with an exciting new system which is the first of its’ kind in France. For those who like their stats you will love this - they are introducing a new ‘Ski flux system’ which involves sensors on the slopes allowing them to be able to measure the flow of skiers and provide real-time information on how busy the slopes are. The information will be shown on screens in the resort tested near the ‘Grand Fond’ area. This new development will potentially allow you to be able to plan your ski day if you want to avoid the crowds and find the best snow conditions. If this does what it says on the tin then we really like the sound of this!

New lifts and new pistes, well that’s what we like to hear. In the ‘Peclet’ area of Val Thorens the lifts ‘Roc’ and ‘Stades’ which have been going strong since 1974 and 1982 have now gone into retirement being replaced by a brand new six seater chairlift ‘Le Stade’ which will take you up to the top of the ‘Trolles’ run. Next to this there is now a new red run named ‘Croissant’. This new run offers an alternative route back to resort. Also the slalom and giant slalom area has been upgraded with a new lift ‘Le Club’ reserved for ski racers. Finally the Boismint lift has been upgraded to a new six seater chairlift which will whisk you up the mountain quicker that it’s predecessor, meaning more time on the slopes.

For the ultimate ski selfie then you can now head up to the top of the ‘2 Lacs’ lift in Val Thorens which is one of six new ‘3 Vallees selfie’ spots that have been created this season across the resort in stunning locations. Billed as an “XXL selfie” you can activate the system via smartphone, say ‘fromage’ and a camera located 200m away will capture the moment and the snap will be sent to your phone. As easy as that, no selfie sticks required.

If you are struggling to decide which ski resort to go to this Winter then why not try the new Alpine Signature Ski pass which includes not just the Three Valleys but also Paradiski (Les Arcs and La Plagne) and Espace Killy (Val d’Isere and Tignes)! Not bad at all.

The pass is available for six days (348 euros), seven days (398 euros) or eight days (448 euros) giving you access to five glaciers and over 1300km of pistes! Definitely one for the serious skiers out there. Obviously you would need a car to drive between resorts, staying just a few days in each but you would have the flexibility to decide where and when you want to ski with this new pass.

Val Thorens have certainly stood by their word and invested a further 200,000 euros in the Snowpark areas in resort this Winter. Particularly concentrating on developing the beginner areas, the ‘Easypark’ has now been renamed the ‘Familypark’ so there’s no excuse for those freestyle mums trying to keep up with the kids. The mid-level zone for more experienced riders has been extended with fantastic improvements and across the park they have added 20 new rails and boxes in the freestyle terrain. They have also created an event zone keeping Val Thorens up there as one of the top venues and attracting some of the best riders.

We did check the date before running with this one, it’s not April 1st and it looks like this is a goer so listen up cool kids - the monoski is making a comeback in Val Thorens! Ski School Cool are offering monoski lessons this winter with prices from 49 euros for an hours tuition or 59 euros for two people. A good alternative if you’re looking to try something new this season so dig out your onesie and go all out 80’s on the slopes.

Ski touring seems to have increased in popularity each season appealing to those in search of that extra mountain challenge and adventure. In response Val Thorens have now created a new marked 1.5km route for skiers wanting to try it out. The guidance suggests you should allow 1 hour to complete the route with an elevation of 280m. Afterwards you can ski back down the Plein Sud blue run. If you need equipment you can hire skis, boots, poles and climbing skins from Goitschel for two hours for just 19 euros.

The ‘Ski Fight Club’ is back this season with anyone game for the challenge- head up to the Ski Cross area 11h - 14h every Wednesday. Try and beat the leader board time of 1m11s32 set by Olympic champion and Valtho local Jean-Frederic Chauis. If you want some pointers ESF are also offering specific ski cross lessons reserving the track and providing video tips and timed tests. Prices are from 189 euros for six mornings training.

Val Thorens has already been able to tick off ice driving and ice diving so they have now added ice climbing to the activity list. Evolution2 are offering a two hour introduction climbing session for the price of 120 euros at the new ice climbing area near ‘La Cascade’.

Val Thorens From up Above

Evolution 2 are also this season offering flights so that you can take in Val Thorens stunning mountain views from the skies in a gyrocopter - if like us, you have no idea what this is, our most technical explanation is that it is a small open topped mini helicopter which looks pretty cool! Prices are from 100 euros for a 15-20 minute flight where you are accompanied by a professional driver, don’t worry you won’t be behind the controls. We think that we might just have to add this to our own activity list for this winter...

Ski Cool are introducing to their lessons the use of a ‘super-skier’ cape which is, unfortunately for us, limited to mini skiers aged 5yrs-12yrs and sounds like a fab idea. In a bid to help skiers get to grips with the sliding motion this ski-aid is a cape attached to poles creating a wing effect and provides a light lift when catching the air. The feature is available in group lessons for intermediate skiers and places are limited to eight children. Lessons for six mornings cost 212 euros.

If you want to save room in your ski luggage or have a family constantly growing out of their expensively bought ski wear then this could be of interest. New this season at the Fahrenheit Seven ski shop you can hire ski wear including brands such as North Face and Powder Horn with pants or jacket from eight euros per day. Accessories are also available from around 3,80 euros, which is great for lost gloves or goggles part way through the week. Available from 4yrs upwards.

If racing on the slopes isn’t enough to satisfy your need for speed you can now drive like you’re in F1 in the new ‘Driv’Inn’ area in the Val Thorens Caron gallery. Created by Gérard Faggio this new area is equipped with four state of the art Ellip6 driving simulators on which you can race against each other or against other simulators. The area is open from 3pm-11pm (or 10am-11pm when the weather is bad) and the area can also been reserved for private parties. The cost for 10 minutes racing is 20 euros and there is also a bar area with local wines and beer.

Cooking up a treat

Lighting up the Skies

Chez Pepe Nicolas are lighting up the skies this winter adding a fireworks display to their weekly agenda, every Thursday from 9.30pm. Always worth booking in advance at this mountain retreat which is accessed along a snowy track and you will be given a torch at the end of your evening to make your way back down to the parking area, very magical.

The ‘Yourtes des Belleville’ are offering a fun family evening of activities this winter. The event starts with a 15 minute descent on snowshoes or toboggan to the base of the La Masse area. This is followed by a biatholon taster session with laser rifles for adults and snow games for children. After an aperetif or hot chocolate for children you will then head back up to the centre on snowmobiles, a fab family snowy adventure.

Les Menuires have also created a new free tobogganing area on the Croisette with igloo, tunnel, slide, snowball zone and photo area to capture the fun. Perfect for 3-8yr olds.

Investments in the ski area

The well-known ‘Jerusalem’ piste in St Martin has also now been amended to include an alternative blue run, which may or may not be well received by fans of this particular route, it will be interesting to see how this has been put into place.

Hotel La Bouitte whose restaurant received their third Michelin star last season have made several improvements to the interior ready for this winter. The reception, lounge and restaurant areas have all been extended, rooms have been renovated and two new suites have been added to the hotel. The spa has also been improved with a new indoor swimming pool, sauna, steam room and jacuzzi.