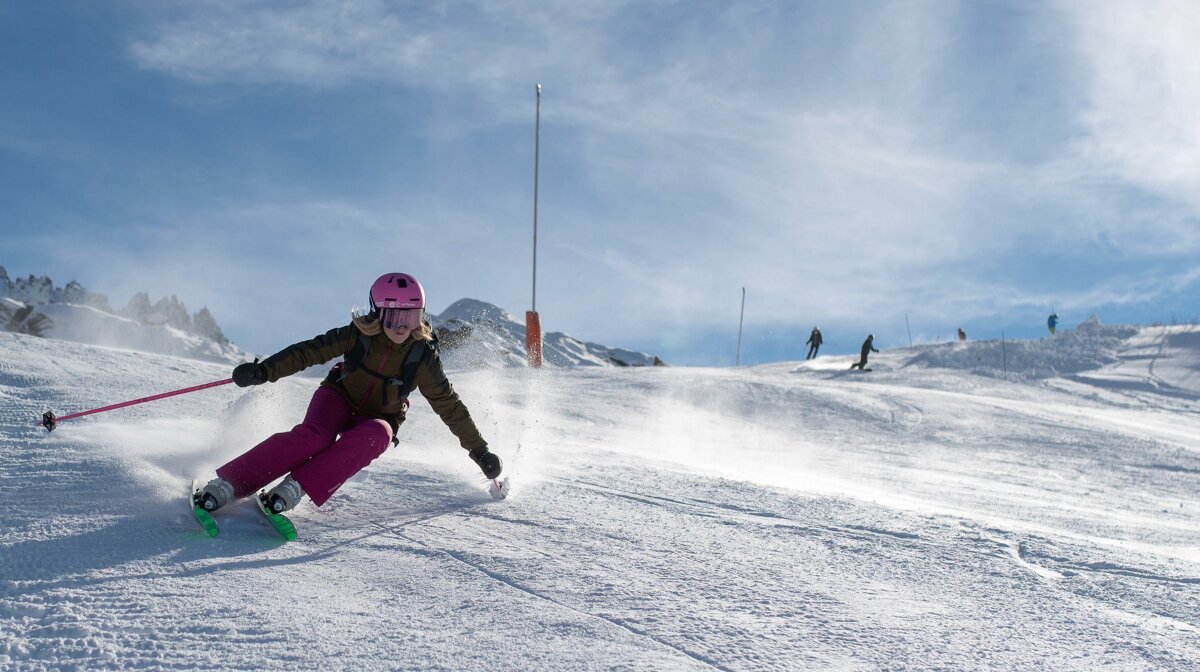 It may be the last month of the year, but in the mountains, December is when the ski lifts are open and the Christmas holidays are on the horizon.

We can expect sports competitions, opening parties, and there will obviously also be lots of festive celebrations including a visit from a certain Papa Noël. As you are no doubt aware, most things in December revolve around the last two weeks of the month, schools break up and travellers from near and far descend on the valley. There are a plethora of events coming up, from parades to special Christmas menus and New Year's blowouts.

Read on for a look at what we like to do in resort throughout December.

What are the weather & snow conditions like in Val Thorens in December?

Opening day usually falls late November, giving Val Thorens one of the longest ski seasons in Europe due to its altitude - 2,300m in resort and 3,200m at the very top peak. The piste bashing teams work hard to keep the pistes ideally primed, ready for the crowds, when the majority of the lifts will have opened.

And, remember, with that altitude it's very very cold, with temperatures averaging from a high of -3°C to a low of -12°C, with around 11 days of snowfall. Make sure thermals are high on your Christmas list.

What's on in Val Thorens in December?

Audi World Cup
The Audi FIS Ski Cross World Cup, which takes place early December is a nail-biting event that sees a group of four race as quickly as they can to the finish line on an inclined course with jumps and twisty turns. The event will bring in huge crowds especially to cheer on the local champion, Jean-Frédéric Chapuis.

The Andros E-Trophy
This insane show of car races on ice has an eco-friendly twist as they use 100% electric-powered cars. To be right next to the action you can buy one-day and two-day tickets, and it is free for children under 12. The surrounding paddocks are free to spectate if you don’t want to enter the arena. There is even a possibility to meet famous F1 drivers so keep your eyes peeled!

Ski & Boarder week
Early December the world’s biggest university ski trip takes place in Val Thorens filling the resort with varsity students wanting to ski and definitely wanting to party, so the bars will be buzzing that week. A favourite amongst the younger crowd is The Frog and Roastbeef, which is one of the highest British pubs in the Alps, located halfway up the Rue de Gebroulaz. Expect lots of dancing and the traditional Yard of Ale challenge.

Christmas in Val Thorens
With so many families visiting the area for the festive season, there is a real child-like excitement as the big day draws ever closer, and usually there's an opportunity to spot the main man himself meeting and greeting people around the village.

To prepare you for your French Christmas, here are a few festive facts that make the French Santa Claus a little different:

Opening parties
Whilst Val Thorens  is full of great après-ski spots, the mother of all that is après ski, La Folie Douce, will no doubt throw as crazy a night as ever. Go along to witness the mother of all après-ski parties, complete with Champagne spraying, live DJs and performers, which will draw the crowds to their terraces this winter. 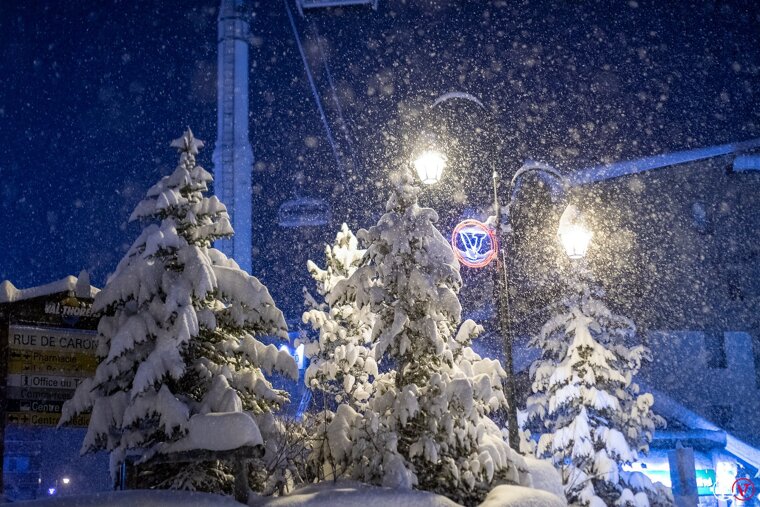 Christmas and New Year is a popular time for families so the slopes are noticeably busier as soon as the holidays begin. Fortunately, the Trois Vallées ski area is so vast, that even in high season you can find quiet slopes and minimal lift queues. Here are our insider's top tips for the school holidays: 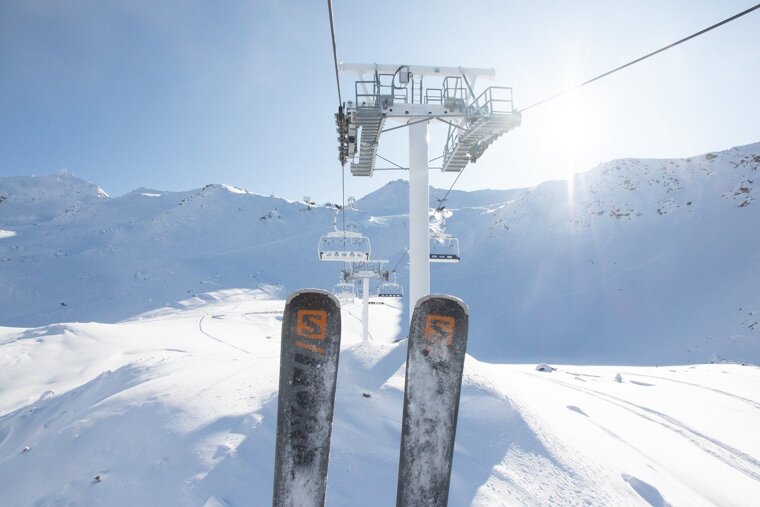 Family fun
Christmas is synonymous with school holidays. As hundreds of children and their families descend on the pistes, the valley puts on a show for them. There are lots of activities to keep the little ones entertained on and off the mountain.

Cosmojet
Get ready for the longest toboggan run in Europe. The Cosmojet. Open to everyone from five years old, take an eight minute ascent using the Péclet Funitel, to an altitude of 3,000m. Then it's 45 minutes of excitement - linked raised bends and varied slopes. It's a great way to finish the day. Free for children aged five to nine on an adult's sled.

Snowmobiling
Discover the snow-covered landscapes by night riding your snowmobile on a tour across the unspoilt pistes, lit up solely by the light of the moon.

Ice Skating
La Patinoire, located in Place Péclet, is a 400m² ice rink made entirely of natural ice. There's also music and a light show, and a small chalet serving pancakes and hot chocolate to enjoy with family or friends. Open daily for the entire season, ice skates for hire, and accessible from the age of three.

Après-ski
If, like a lot of people, you like to follow several hours of exercise with several hours of drinking, especially during the festive season, you can hit up any of a number of local après-ski sessions. On the piste, the après hot spot is the famous La Folie Douce which is accessible from Les Pionniers and Plein Sud chairlifts. If you want to meet non-skiers there, then they can access it by the cable car Les Pionniers. La Folie Douce is for all generations and promises to provide an exciting show with live music and performers from 14:30.
Down at the bottom of the slopes, you'll find a range of eateries and bars offering great music, delicious food and happy hours. For late-night entertainment, the clubs hold special nights on most days of the week.

New Year's Eve
Always a big night in Val Thorens, the village is full of revellers who tend to congregate for the countdown to midnight, let off some fireworks and pop Champagne corks. The restaurants will be busy, so it would be best to make a reservation to ensure you can get a table, and many of the bars and clubs are ticket-only, so if there's somewhere you plan to see the New Year in, make sure you've planned ahead. 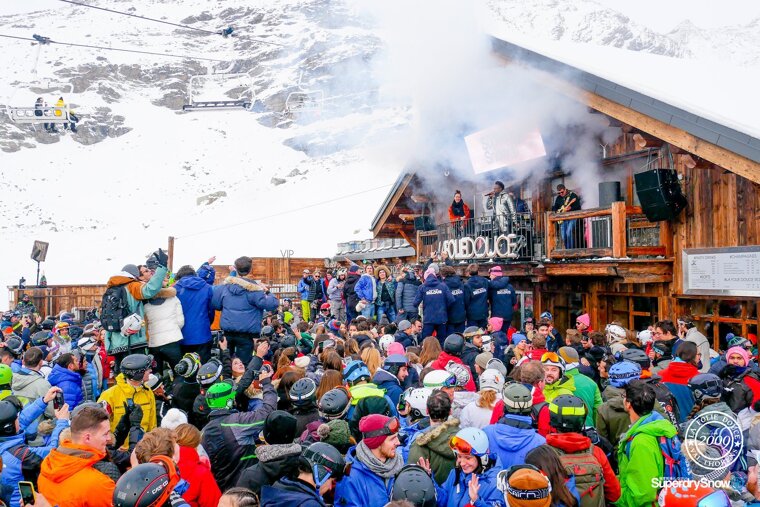 For more happening in Val Thorens in December, check out our events calendar here.