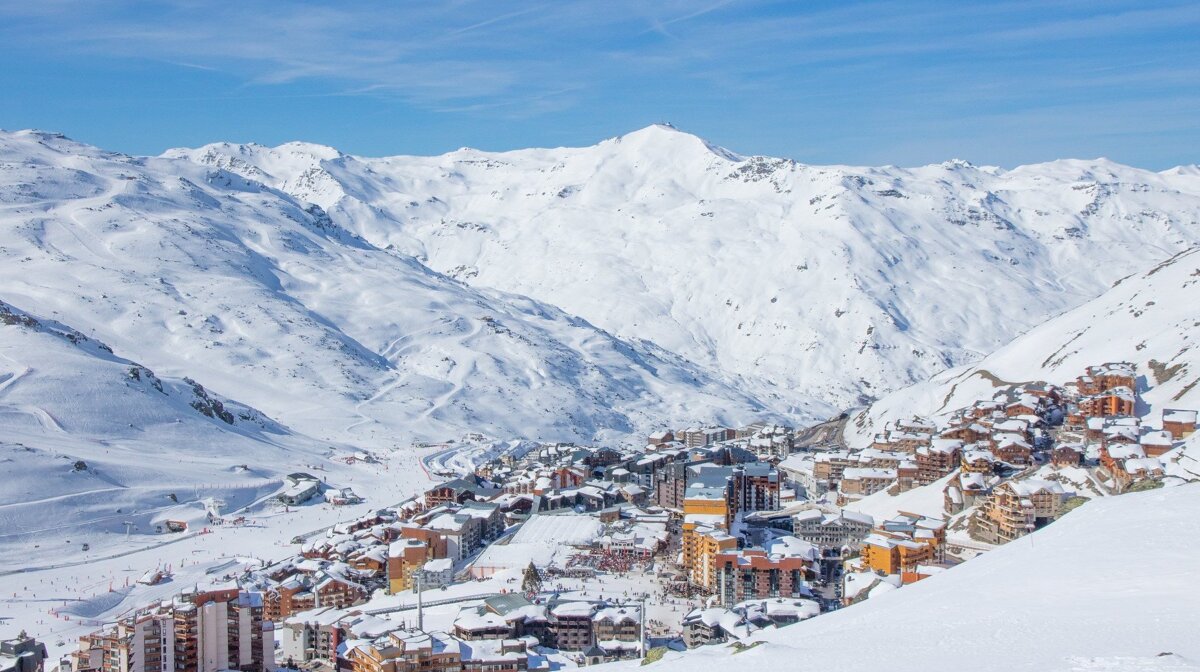 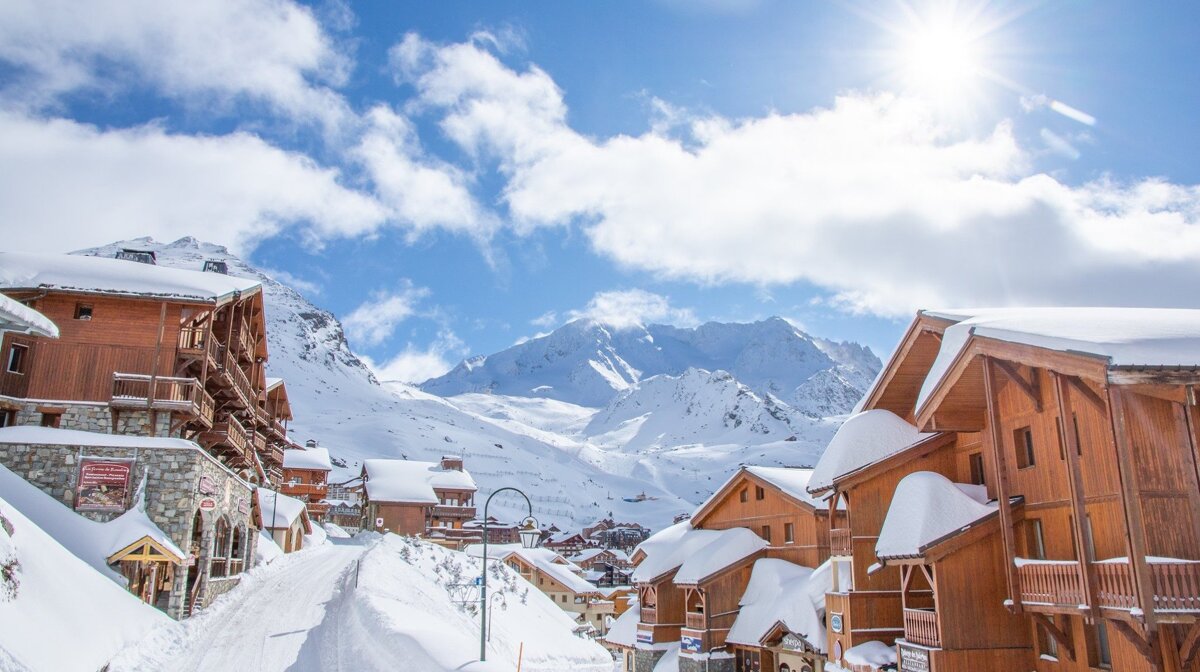 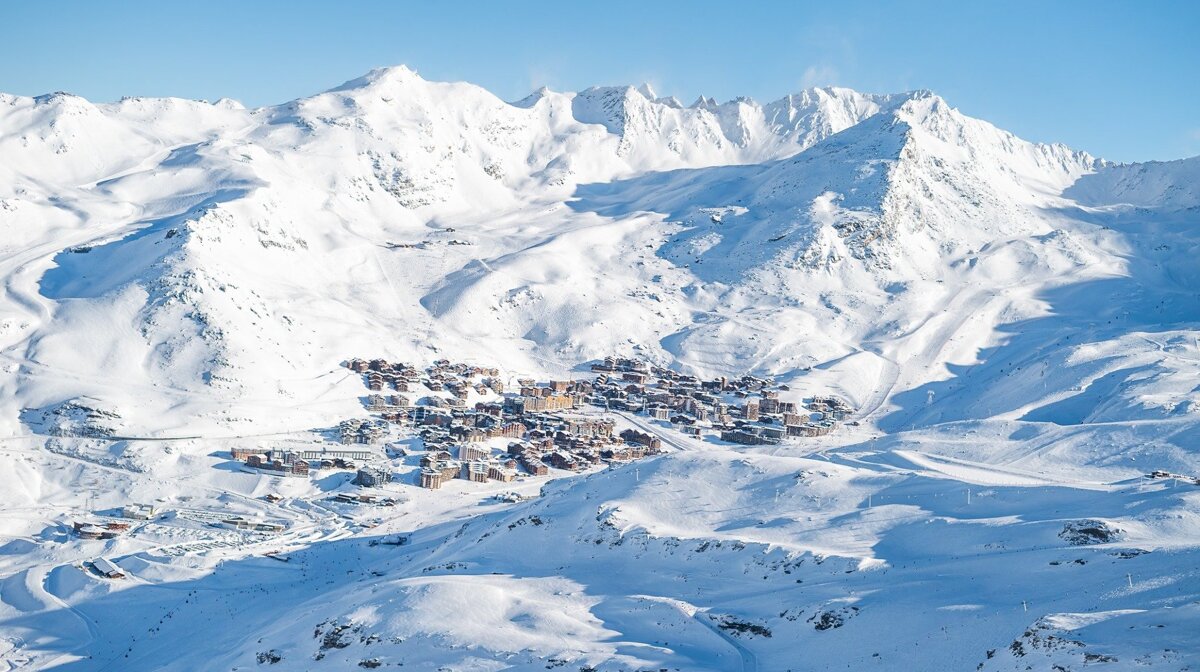 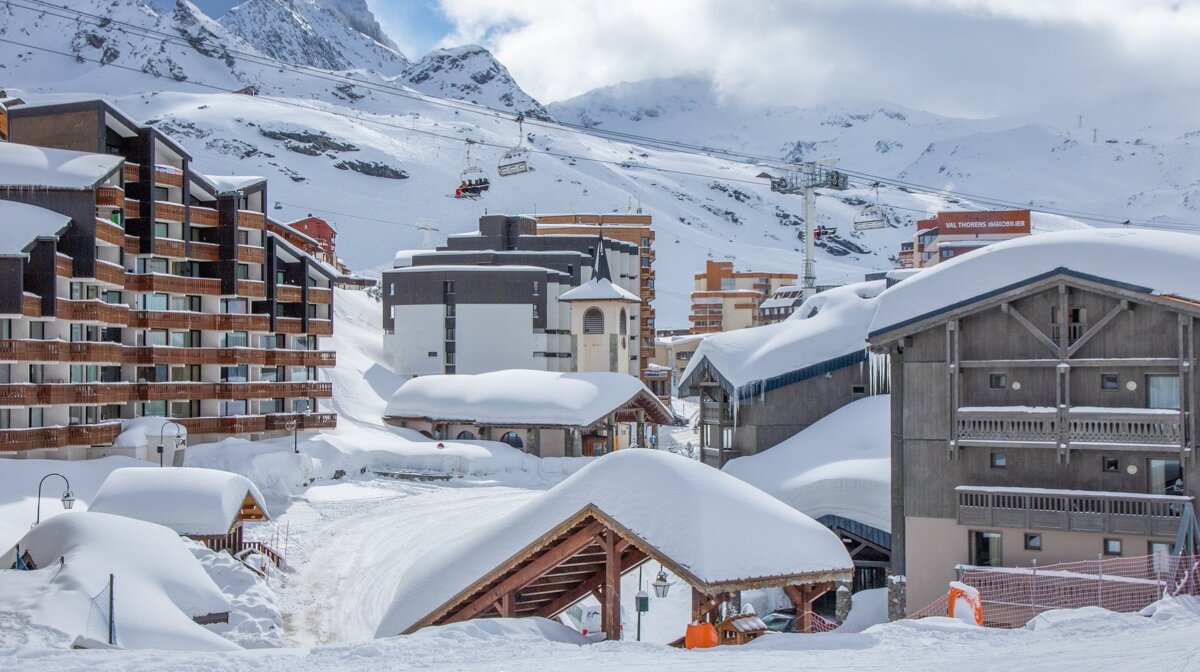 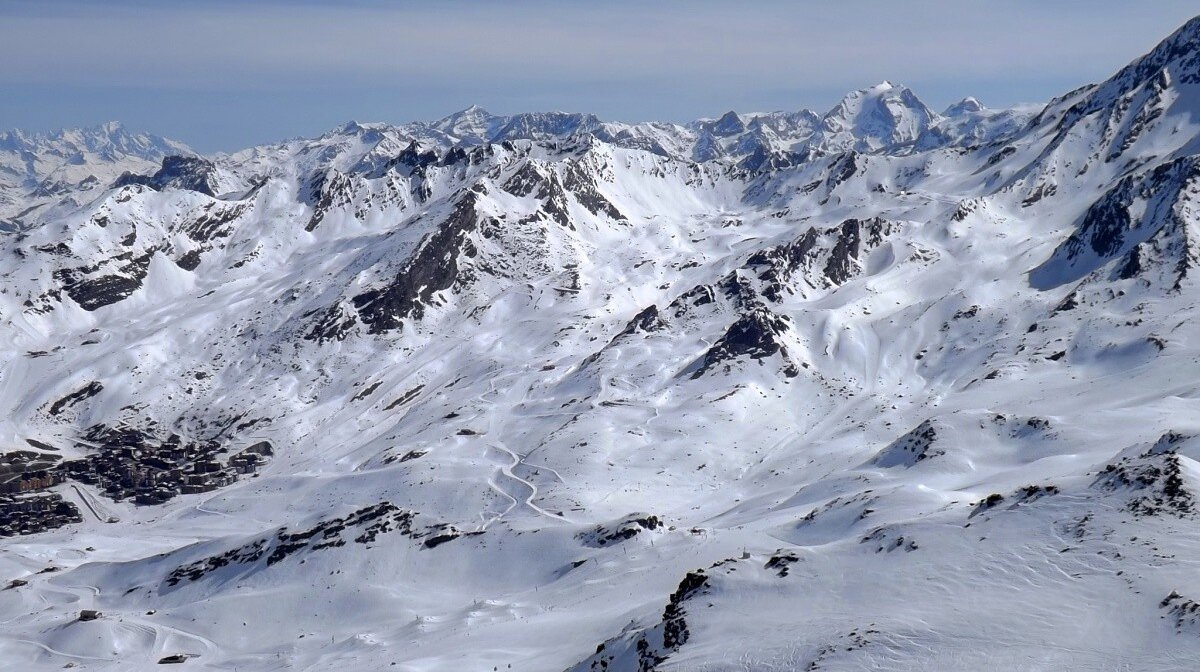 A view of Val Thorens

Views from the top of the resort

Val Thorens is a purpose built resort created over 40 years ago, the original idea thought up by Pierre Schnebelen. The resort began it's first season in December 1971 with just three draglifts.

As the resort gradually developed over the next 10 years, it was the installation of the Cime Caron lift in 1981 that really put Val Thorens on the map. It has been working with tour operators ever since, growing from strength to strength. Jean Sulpice at the Oxalys restaurant received his first Michelin star in 2004, and the restaurants and hotels that have opened here since have only increased the services on offer. Val Thorens is now well known as a lively resort, popular with everyone from student trips to families and couples. There are fewer catered chalets in Val Thorens, with the majority of accommodation in hotels or self-catered apartments.

Val Thorens is continually developing with new hotels emerging every season. Shops and services are spread out throughout the town, with its main indoor shopping centre found in the middle of the resort where the sports centre is also located.

Parking is strictly restricted to the official car parks of which there are five at different points throughout the resort.

Val Thorens is a purpose built resort stemming from an original idea of Pierre Schnebelen. The resort began its first season in December 1971 with just three draglifts, gradually developing its offering over the next 10 years putting in the Cime Caron lift in 1981.

Being the highest resort in Europe, Val Thorens offers some of the most stunning views in the Three Valleys. At the top of the Cime Caron lift you are offered a fantastic 360 degree panoramic viewing platform with views over to Italy. The Orelle Valley, often known as the Fourth Valley, also offers great views with the highest altitude point at 3,230m. As the third resort in the Belleville area you also have views right down the valley of Les Menuires and St Martin de Belleville.

A number of events take place over the winter and summer months in Val Thorens and the Belleville valley in which it sits, from ski cross championships to a mountain bike race that takes place across the whole of the three valleys, you'll find something to keep you entertained during your stay.

Things to Do in Val Thorens

As the highest ski resort in Europe VT offers a longer season than most other resorts, being open nearly two months more, from the last week in November until the first week in May. Being part of the Three Valleys, Val Thorens gives you access to the largest ski area in the world with 600km of piste. In Val Thorens itself there are snow parks, ski cross and big air bags, the quality so good that world events are often held here. Away from the slopes you can relax in the sports centre with swimming pool and spa or if you are feeling energetic there is a fitness area. You also have 15 other spas to choose from in rseort.

Back on the snow there are numerous activities including snowmobile outings, paragliding and if you're brave enough you can take part in ice diving. Val Thorens has many claims to fame and boasts the longest toboggan run in the world, at 6km with a 700m vertical drop from an altitude of 3,000m; the highest zip wire in the world taking a descent from 3,200m; and the highest ice racing track in Europe. Once the snow melts in the summer months the pistes turn into walking trails with the lifts open for hikers and mountain biking with graded routes for both in July and August. You can also play squash, badminton, tennis, basketball and table tennis with a varied weekly events programme for both adults and children.

Val Thorens has a huge choice of restaurants with everything from Michelin starred to the traditional local cuisine, pizza or take away. Face West offers a nice variety for families, provides a great service and is located right in the centre of the resort. You can opt for eating at a mountain restaurant in the evening, you just have to walk there first! Steak Club has a really refreshing interior for a mountain restaurant and is located next to the main area of bars for post meal entertainment.

Where to Eat in Val Thorens

Val Thorens has a really varied nightlife with everything on offer from on the piste après ski venues such as La Folie Douce and Bar 360 to live jazz music or classical concerts in the church. Children's après is not overlooked in Val Thorens, with a weekly events programme of activities and entertainment. The main area of bars is located at the top of the resort including Snesko, Rhum Box and Snow Café. The main nightclub is Malaysia, which is open until around 04:00. If you want alternative entertainment there is also a large bowling complex and cinema.

You'll find a relatively small selection of chalets in the main resort in Val Thorens, as there tends to be more hotels and apartment buildings, however the choice is pretty good.

There are literally hundreds of apartments to choose from in Val Thorens, from studios to larger apartments sleeping 14 people or more. They tend to be self catered and some come with access to a spa and swimming pool.

There is a wide variety of accommodation on offer in Val Thorens from a fantastic youth hostel in the bottom of the resort to five star hotels in the centre.